Osho : Memorizing the scriptures means that you are committing theft. You are stealing the knowledge hidden in the scriptures; you did not get it by your own effort or hard work. It is all borrowed and stale, you are just holding on to the other person’s knowledge. Don’t construct your building on it.

Its foundation is on sand so it will crumble down in the slightest gust of wind. Just a few days ago I was telling a Zen story. One evening a Zen monk knocked at the door of a Zen monastery. It is a tradition of the Zen monasteries that if any traveling monk wants to rest there he has to give the right reply to at least one question.

He has to earn the shelter to rest in by giving a correct reply to one question; otherwise he cannot halt at the monastery, he has to continue his journey. The head of the monastery opened the door and asked the guest a very old puzzle of Zen monks.

And Zen monks say that the reply to this question cannot be given in words, its reply should be a living expression. As soon as this question was asked, the traveling guest monk took off his shoe and struck the face of the monk who had asked the question.

The host stepped aside, saluted and said, ”You are welcome! Come in!”
After they had dinner together, they sat down by the fire at night and started talking. The host told the guest, ”Your answer was wonderful.”

The guest asked, ”Have you yourself experienced this answer?”
The host said, ”No, I have not experienced it. But I have read many scriptures and have learned from them that the one who gives the correct reply does not hesitate. You replied without any hesitation and your reply said everything.

On the basis of the scriptures I understood that you have come to know the reply, because through your reply you said, ’You idiot! You are asking the question in words and you are wanting the reply without words; you are asking about the original face which you also have. Therefore by striking your face with the shoe I am saying that this face is not your original face – it deserves a shoe-hit.”

The host said, ”So I understood your reply. I have also read the scriptures and such replies are written in them.”

The guest did not say anything. He went on sipping his tea. Upon this the host became a little doubtful. He looked at the face of the guest carefully and what he saw was very dissatisfactory. He said, ”Friend! I am asking you once again: Have you really experienced the answer or not?”

The guest answered, ”I too have read many scriptures. I have read this is an appropriate reply to the question you asked. But the fact is that I have not experienced the answer.”

Scriptures can be very deceptive because the replies are also written there. But to repeat the answer from the scripture is just like using the answers written at the end of the arithmetic book. One reads the problem, then turns the book and sees the answers at the end. 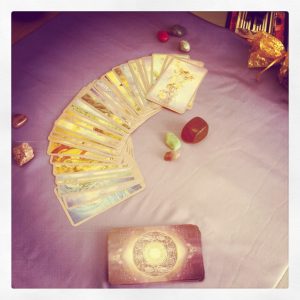